Ireland is famous and the most preferred destination when it comes to study abroad. In the ancient days, during 6th century Ireland earned a title with respect to education. Study abroad Ireland is a dream for Indian students who wish to pursue high education, enrol in post graduate or master degree programs.

Ireland was called “Land of Saints and Scholars”. Ireland was the heart of learning in the whole European continent. In the year 1592, Trinity College Dublin was awarded with the first University and Charter Status. Towards the end of 18th century, during 1795, two universities were found in Ireland. 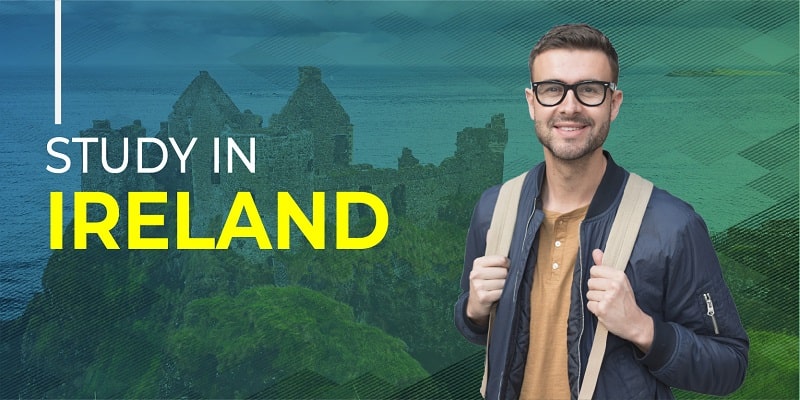 What makes Ireland one of the quickest developing economies on the planet over the previous decade is its education system. Education System is truly outstanding in Europe. It is positioned among main 20 by the IMD World Competitiveness Yearbook in 2014. Having close connections with industries it is portrayed by creativity, flexibility, and pragmatism. In this way, Education plays an important role in developing Ireland Economic wise.

You will find the courses to study in Ireland at all the levels. Here is a short description of the levels of education in Ireland:

International Students who wish to study their bachelor's degree in Ireland have a variety of options to choose from various subjects. Generally, an undergraduate course can be completed in 3 to 4 years in full-time modes. You can choose to pursue from these both options, an ordinary Bachelors or honours Bachelor's degree in Ireland. The programme varies with the coursework and intensity depending upon the type of degree that the students opt for.

Ireland is an attracting study abroad destination for masters in all subject areas because of its expertise in higher education, the deep appreciation and reputation for learning. If you are applying for any of the postgraduate courses in Ireland, you need to have a relevant bachelor's degree or diploma.

Generally, a full-time PhD in Ireland takes 3-4 years to complete. During your Ireland PhD, you will be in supervision under the responsibility of at least one academic supervisor, the school or department, and the research institution. There will be formal meetings and reviews conducted with your supervisory panel regularly throughout your PhD programs in Ireland

Top reasons to study in Ireland

High school and graduate study in Ireland has a high reputation, appreciation and great respect for learning. Ireland is ranked the first country in Europe which turned 1000 inhabitants into graduate degree holders. Two-third population in Ireland goes for higher education, beyond basic graduation degree. About 85% population completes high school education.

The nation is the root of many worldwide MNCs:

That’s the main news for all like C’mon Who doesn’t want to work in MNCs. There are high chances of an individual to get an opportunity to work these companies. Indeed, it is the 2nd most appealing nation all around for FDI following Singapore. Many brands, for example, Google, HP, Apple, IBM, Facebook, LinkedIn, Twitter, Pfizer, GSK and Genzyme have made Ireland their fundamental office for European operations.

For each course, a minimum academic score of 60% required. For international students who have scored around 50% can get admission in the Diploma and Foundation programmes in Ireland. The documents to be submitted during the application are as mentioned below:

Photocopies of all the above-mentioned documents should be translated into English and certified by the educational institution.

When students think related study abroad in Ireland, obviously it gives lots of scope for research. Indeed, Ireland makes a great place for research programs. Ireland has many universities ranked in the list of world’s top universities.

Ireland is one of the countries with extensive research fields, which is listed in the top 1% of the global research venues. Irish Government invests in world-class research centres. 12% of the population counts on International students in Ireland, from 160 countries. Ireland has quite a few top leading education and research centres.

Studying abroad is an unforgettable experience. Become one of the exchange students who embark into an enriching educational adventure in one of the top countries in Europe.

If you are an EU student planning to join an English-speaking high school program, Ireland offers you the opportunity of enrolling in a public high school. Student exchange programs are available mostly in these areas:

Best courses to study in Ireland for international students

Ireland offers a plethora, of course, the students who are willing to study abroad in Ireland, and the Education System in the Universities are as excellent as any European country. Here are some of the courses that Ireland is known for, and if you are interested in the field and want to study further, Ireland is the place:

You can even study medicine in Ireland in its outstanding universities.  Read about the Top Courses on offer to study in Ireland.

English the major language of instructions of all type of courses in Ireland. Ireland is more than merely an English speaking country for Indian Students. Student life in Ireland is qualitative and quantitative in terms of high quality of education, blissful environment, in a warm and amicable hospitable population.

Although Ireland is the home town to the 4.6 million British Isles, with Irish as mother tongue, English is the main language of education and living. You will also find courses to study in English in Dublin, the main city of Ireland.

The expenditure on tuition fee depends on the type of qualification and institution you opt for in Ireland. To cover your tuition fees, an international student will need around between €10,000 and €25,000 per year.

The average cost of universities in Ireland for bachelors are:

The average cost of universities in Ireland for masters are:

Scholarships to Study in Ireland

Here is a list of scholarships available for students who are looking to study in Ireland.

University scholarship to study in Ireland

Apart from the above, there are few Ireland scholarships for international students which are available with the following universities:

All work and no play don’t apply to students who fly down to Ireland for a higher education degree. Ireland, being an Island is a charming destination. The life in Ireland for students coming from other countries is literally joyful. Why should you be book worm, when the Island has plentiful options to explore the bliss of the country? Living in Ireland, as a student or working after graduation makes life joyful.

What about the life of a student in Ireland? Ireland offers comfortable living for students with no hassles. Rooted deeply to tradition, culture and history, and appreciable environment, surrounded by nature, students find living in Ireland, welcoming. It is not just a beautiful island, but also a safe place to purse higher studies.

Students can learn the culture and practices of the people. Although Ireland is an English speaking country, there is an ocean of difference between England and Ireland. Studying in Ireland enriches your cultural experience. Irish Government also offers a lot of facilities to the students. Students can stay connected with fellow students and Irish people in many ways.

Top cities in Ireland for study

Dublin is the capital of Ireland as well as the most populated Irish city. It is beating heart of the Irish economy. This city has several quality universities and colleges. It is a well-known city as a home of the majority of educational institutions. As a result, study abroad Dublin will give international students multiple opportunities and options.

There is much to do and see in this city, from ancient history and its historical monuments to its theatres and archaeological museums that introduce Irish culture. Dublin has a range of higher education institutions:

Galway is a good choice to study in Ireland. This city has beautiful natural landscapes of beaches and gardens. The city is considered as a centre of arts and culture, and it consists of varieties of festivals covering various topics every year. This party town also offers a group of universities and colleges for students who wish to complete their studies in Ireland, such as:

3. Cork, the second-largest city in Ireland

Cork is a city famous for attracting a large number of tourists because it has scenic landscapes in addition to important historical landmarks. The population takes great pride in their city.

The city attracts a very good number of international students every year. The reason is that the city has the University College Cork, which allows students to pursue studies in specialities and majors that meet all standards of university study.  Griffiths college cork is also a popular college there.

Limerick is situated in the centre of western Ireland, on the River Shannon, and is the 4th largest city in Ireland in terms of population. The city of Limerick is also known for its art. Many international students come to the city due to the availability of excellent institutions of higher education:

Maynooth is situated in the northwest of  Ireland and is close to Dublin, which makes it also an important study destination. The city has oldest universities built back in the late 18th century, giving the universities a special attractiveness in addition to the original architecture. One of its most important universities in Maynooth University.

Working while studying in Ireland

Immigration is a mandatory requirement to get work permit. However, it applies only in the months between June to September. Besides, students are also allowed to work between December 15 to January 15. Other than this, students can also take an internship in the workplace or businesses associated with the study institutions.

Stay Back Option in Ireland

Being one of the countries with high education ration, Ireland is mostly preferred by international students, from various sectors to pursue masters programs or post graduation degrees.

Study in Ireland without IELTS

Good proficiency of the English language is required for students whose first language is not English to study in Ireland without IELTS.

There is more than 90 quality assured English language teaching organizations (ELTOS) recognized by the Department of Education and Skills.

The type of visa for Ireland you would need will depend on the factors such as your age and the type of program you wish to study in Ireland. You can start the visa process for a study visa before 3 months your date of travel to Ireland. You can complete the full procedure online must simply by filling an application form on the website of the Irish Naturalization and Immigration Service. Get full information: student visa for Ireland.

Note: You will require an acceptance letter from the University of Ireland as well as a receipt of payment letter before you start the procedure of application for your student visa to study in Ireland.

Ireland has a good reputation all over the world in the field of higher education. The main language of Ireland is English which plays an important role in attracting many international students from around the world. As mentioned above, Ireland is home to many universities which are ranked among the best in the world. 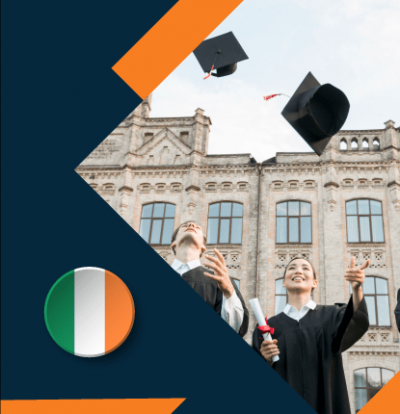 8 Reasons to do Postgraduate Stu...

Published Date: 24th September 2022   If you are considering pursuing your education beyond a b... 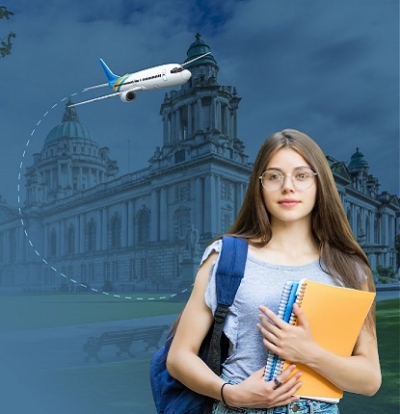 Why Ireland is the best study ab...

Ireland has a rich culture and tradition. It welcomes plenty of international students each year. With one... 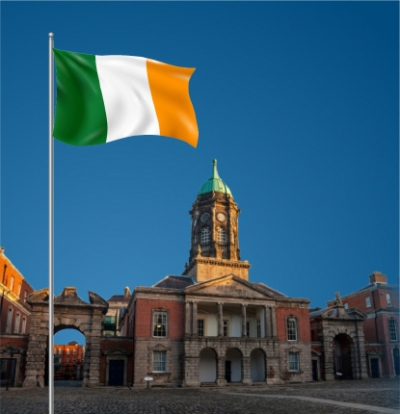 The Irish government has announced big news for international students studying Online from their home cou...

Top Courses to Study in Ireland