Why Study In Australia 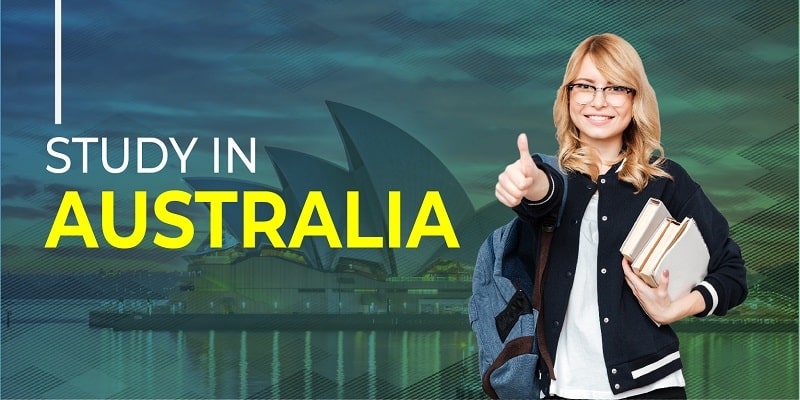 To study in Australia is talk of the town nowadays among the international students who want to Study Abroad. Australia is emerging as a new crowd favourite for Graduate and Undergraduate candidates.  With 7 universities in top 100 World’s top, Australia is surely a place you should look forward to when thinking about higher studies. However, before that, let us have a look at how Australian Education System is:

This is what comes after you have completed your schooling, and if you are an international student, looking to study abroad in Australia, your journey will probably start here.

There are six levels of Educational titles rewarded by the public and private institutes. They are as follows:

There is no fixed duration for these types of courses, and as the name suggest, they are certificate courses. They teach basic skills and knowledge, and are mostly vocational. Mostly provided by TAFE (Training and Further Education) colleges, community and private colleges.

Mostly offering Vocational and skill based training courses; Training and further education are organisation for diploma, associate diploma and certificate courses. Some TAFE in Victoria offer higher level of academics, too. They can be known as a college or University, depending on the state / territory they are in. They are owned and operated by state / territory governments.

The duration of these courses, Diploma and Associate degrees, are from 2 to 3 years. The diploma courses comprise more of technical skills, while the courses that are more academic in nature, are taught under Associate Degrees. Diplomas are generally equivalent to two years of Degree Education. Many universities, along with TAFE, Community centres and private RTOs (Registered Training Organisation) provide these courses.

This is the standard university qualification, which is recognised worldwide. They normally take three to four years. Honours are awarded on completion of the degree, or after a year of research or thesis. Traditionally, Bachelors were mostly provided by universities, but TAFE and private institutions also provide them with equivalent credibility.

Graduate Certificates and Graduate Diplomas come at the same level as these. Sometimes, admissions in those are given basis the field of specialisation or work experience.

Study in Australia master degree is done after the completion of a bachelor degree, and sometimes honour, it requires two years of study after graduation. This involves academics and some kind of research work, too. Most of the times, Universities provide them. Masters Degree in Dentistry, medicine and optometry allows candidates to use “Doctor” as a title. For more information click: study in Australia for masters

This is the highest qualification one can achieve in Australia. Holders of a doctoral degree are allowed to have the title “Doctor”. It is mostly done by honours and / or masters in a specialised field of study. Candidates, experts in a field, will have to submit a research-work or a thesis on a particular subject. Professional doctorate is achieved with a project work, rather than a thesis. These are mostly awarded by Universities.

Group of 8 Universities in australia

There are 43 Universities in Australia. 40 of them are public Universities. The other two are International University. The remaining one is a private speciality University.

Go8, known as Group of Eight are highly intensive research oriented Universities. They are few of the top Universities in Australia, and in the world. The Go8 consist of prestigious Universities like:

Benefits of Studying in Australia

Since English is the native language of the country, student life in Australia is pretty manageable for Indian Students who are usually fluent in the language. The mode of study in most Australian Universities is also English and students can generally keep up easily, once they get used to Australian accent. To top it off, there’s a flourishing community of International students in Australia and it is unlikely that one will feel homesick.

Study in Australia after 12th

The rapidly emerging study abroad destination is not only for graduate students. There are plenty of opportunities for the students who want to Study in Australia after 12th grade. Bachelor’s courses in Australia hold just as important as much as the master’s studies. You can find all the details here:

Study in Australia Without IELTS

Quality of Life in Australia

Life is nothing short of an adventure for those who chose to study in Australia. From people of several cultural backgrounds to the magnificent natural wonders of the island, the country is full of surprises. Australia is famed for its beaches, and most big cities are close to coasts. Lovers of the summer season will have fun at the Bondi beach in Sydney and wildlife enthusiasts will want to visit the Great Barrier Reef. If you enjoy an active nightlife, most cities in Australia have great options.

Australia boasts of the world’s biggest and most highly developed economy. In terms of wealth, it is second only to Switzerland. As a country with a wealth of natural resources, it’s economy is also one of the  the most stable in the world. Service sector forms the dominating sector of the economy with the biggest contribution towards GDP and employment of almost 80 percent of the total labor force in the country.

The country has 40 public and 1 private universities in Australia ones offering as many as 22,000 graduate and postgraduate programs. Among Master’s degrees, Australia offers the world renowned MBA courses in Australia with Macquarie University’s Graduate School Of Management, Melbourne Business School and University of New South Wales Business School constantly ranking among the best universities in the world. The Australian National University and Monash University are also popular choices. Besides MBA, IT, hotel management and healthcare are also recommended courses for those planning to study abroad in Australia.

To study in Australia for Indian students and other international students, there will be some basic requirements for Admission and Visa purposes. You will require some academical and legal proofs to insure that your application, and more importantly your arrival is a seamless process overall. It can be your IELTS or TOEFL scores, acceptance letter and funds. To know more about Eligibility Criteria check this article: Eligibility Criteria to Study in Australia

Choosing a program to study further in Australia gets a little tricky, given the opportunities that the country provides, and also because of the plethora of the options for every specific field of study. There are many factors a student should keep in mind, which can go a long way, not just academically but professionally also. Not just the level of the certification (Diploma / Bachelor / Masters), but what particular course can be pursued, so you can make the most out of your Stay, and Stay Back in Australia plays a very important part. To know what are the aspects to be considered while choosing a program to study in Australia, Click Here: Best Courses to Study in Australia?

Education costs in Australia fall on the expensive side, with just a bachelor’s degree costing around AU$10,000. Vocational programs cost about AU$5,000 and costs for postgraduate programs estimated between AU$20,000 to 37,000 annually. However, most universities in Australia offer great scholarship schemes and also allow students to work part time to be able to support themselves.

About 300,ooo students all over the world choose to study abroad in Australia, and for good reason. Living as an Australian student means enjoying life to the fullest. From exciting in campus activities like music, theatre, literature and frequent field trips to museums and galleries to off campus travel destinations, students will find that boredom doesn’t exist in the country. Most universities are located in exciting cities like Melbourne and Sydney, which are both close to the beaches as well as teeming with nightclubs.

Cities are well connected through roads and railways and commuting is manageable even for those on a budget. Within cities, students have the option to choose travel cards according to their budget.

Study in Australia for Free

As Australian Universities are not exactly known for their affordability among international students, there is a question on the mind that can I study in Australia for free. Yes, you can study in Australia on scholarship which might help to decrease your financial burden.

Best City in Australia to Live and Work

Unlike what we call metropolitan areas, Australia have GCCSA (Greater Capital City Statistical Areas). They are significantly populated cities and have a unique socioeconomical culture of their own. Depending on the place you choose to study, the student life in Australia will change accordingly for you. Not only academically, but socially, too. Click here to find out Top Australian Cities to look forward to: Top Student Cities and Universities to Study in Australia

Work and Study in Australia

The Australian government allows foreign students on a student visa to work part time to support themselves for about 20 hours a week. Hourly pay for students can fall between $25 to $30 depending on the kind of job you have and your skillset. Vacations are also a good opportunity for students to make good money, and since most jobs are found in the service sector, everyone will find something to do.

Work in Australia after Graduation

One of the reasons why Australia is an extremely popular study destination is also because of its amazing post graduation policies for students. After finishing studies, the government allows students to get post-study work visas to get hands on practical experience for jobs. These visas range from 18 months for those who have completed a bachelor's degree to 4 years for master’s and PhD students, and give ample time to students for figuring out their path in life after they are done with college.

Australia is a sovereign nation on the Australian continent and the largest country in the Ocenia.  The country is known to be one of the major influencers on the global political scenario and is a coveted tourist destination. It is surrounded by sea it comprises of several islands and has a breath-taking coastline through the country. The country’s capital, Canberra, is its largest inland city with a population of over 403,000 people. Australia has a stable political system being a federal parliamentary constitutional monarchy. It comprises of six states and several other territories. Australia boasts of a big immigrant population with about 26% of its population being immigrants, this makes Australia an ideal place to study abroad.

Stay Back options In Australia after your Graduation 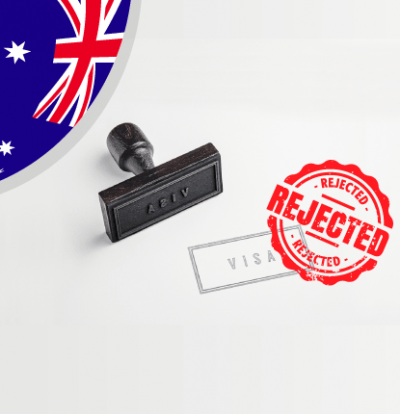 While applying for a Visa, the biggest worry everyone has is Visa Rejection. To understand why your visa m... 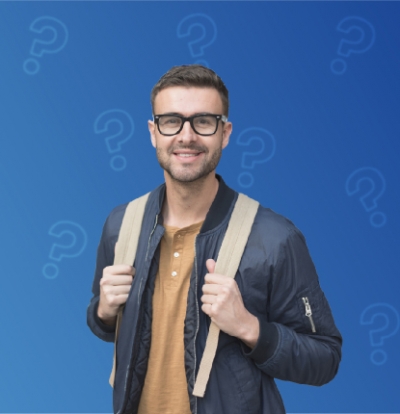 Planning to Study in Australia? ...

Studying in Australia can be a truly exciting experience. Apart from offering high-class education recogni... 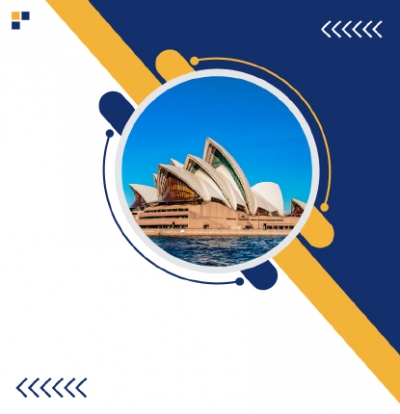 Most Employable Courses in Austr...

Australia is very popular among international students due to the good quality of education and also becau...

Top Courses to Study in Australia

Medicine and HealthCare in Australia