The quality of education at the universities in Sweden is on par with some of the best in the world. There are 8 universities in Sweden that feature in QS World Ranking 2020, and all of them are in the top 350 universities of the world. For long the country has been known for the science and technology courses, however, for a number of courses and specialization, Sweden is more than apt choice for international students. There are two Intakes to study in Sweden. Spring and Autumn. Here is all you need to know about Intakes in Sweden. 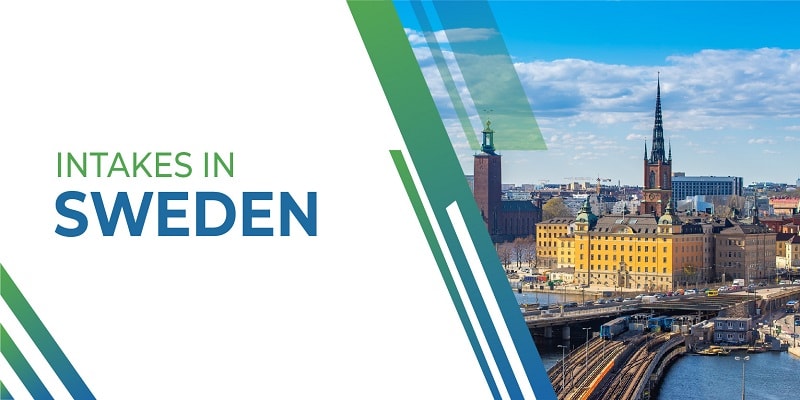 Intakes in Sweden: When to Apply

The online application process at “universityadmission” website from 15 October generally and they are open for the admission till mid-January. The students will get to know if they have been accepted into the university or not by the early april. As soon as students receive notification of acceptance, they are advised to apply for the student visa as the process takes time.

The Spring Semester in Sweden starts from January and it is considered as the secondary intake. Some of the courses might not be available for the Spring Intake in some of the Swedish Universities, therefore the best way to go is to check on the university websites before applying. Students who miss the Autumn intakes have a chance to apply for the spring intake and not waste the whole year.

The Applications start in June and the deadlines are somewhere in the Mid-August. The students will be notified about their application in October. Here is a tentative timeline to follow for the Spring Intake for Universities in Sweden:

There are two rounds of admission for the Universities in Sweden each semester. The second round normally starts later than the official commencement of the application period. For the Autumn Intake in Sweden, the second round will start in Mid-March and the students will be notified about their acceptance between July to August. For Winter Intake in Sweden, the second admission round will start around Mid-September. The students will be notified in December whether they have been accepted by the universities or not.

In many cases, the English taught courses are only available to apply in the first round. There may be some courses that might not be available for the second round altogether. That is another reason why it is best to apply for the first round to begin with.

Since the results of the application are declared in July/August for the Autumn Intake which starts in August/September, and the results for Spring Intake will be declared in December, where the semester starts in January, the international students are not advised to apply for the second round. Since, there is less than one month of time between the acceptance in the university and start of the semester, students will not have enough time to apply for a student visa in Sweden.