A truly underrated study abroad destination in Europe, Sweden is a country driven by Science, Technology and Academic advancements. The educational institutes in Sweden are of international standards, and in many cases, world-leading. Eight of the Universities for higher education in Sweden feature in Top 350 Universities of the world by QS University Rankings. For Postgraduate Students, inland offers a number of opportunities for Masters in Sweden: 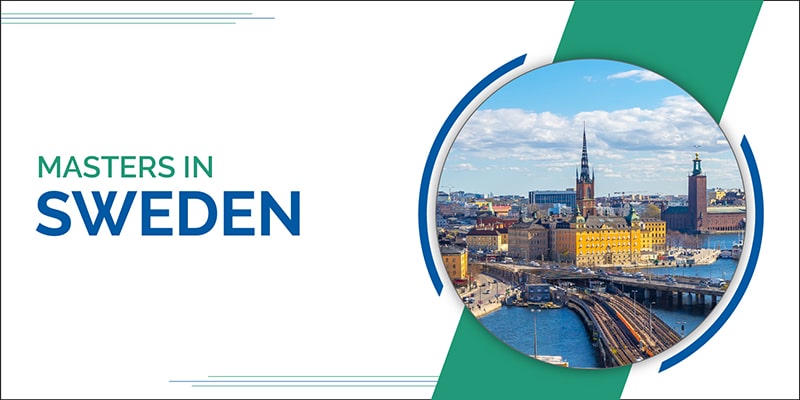 Masters in Sweden for International Students

As we already mentioned, there are a number of opportunities for international students for the best of the courses, at some of the top universities in the world.

There are two types of Masters degrees offered in Sweden. The first one is Magisterexamen, which is a one year Masters degree in Sweden (60 Credits). Depending on the subject, it translates to Master of Arts or Master of Science. The other one is Masterexamen, which are two-year Masters programs (120 Credits). Before the Bologna Process was implemented in 2007, this was equivalent to a Masters degree. With New Masters Degrees in implementation under the Bologna process, the Masterexamen is not that prominent.

Here are top courses for Masters in Sweden for international students:

There are some general requirements for the admission in the Swedish Universities for Masters courses. The first and foremost requirement would always be a bachelor's degree in a related course you want to study in Sweden. The next important requirement is English Language Proficiency. Students are required to submit their IELTS or TOEFL scores for English Language Proficiency proof. Other, general supporting documents are:

Study in Sweden without IELTS:

Most of the universities in Sweden ask for the TOEFL or IELTS scores for the English Language Proficiency of the students. In some rare, individual instances, IELTS can be exempted if the previous medium of instruction, the bachelor’s degree was English taught.

For MS and Masters Courses in Sweden, The EU students do not have to pay any tuition fees, and the Masters in Sweden is tuition free for them. There are nominal semester fees. Students who are not from EU countries have to pay the tuition fees. The tuition fees for Masters in Sweden vary from 9500 to 15000 euros a year for international students. The Humanities and Art courses cost less here compared to Science and other STEM courses. The living costs in Sweden are about 950 to 1200 euros a month depending on the location and lifestyle of the student.

Masters in Sweden for Indian Students

Being one of the happiest countries, with a number of opportunities along with English language courses attracts many of the Indian students to Sweden. One of the most preferred courses in the country among Indian Students is Computer Science and Information Technology. The after studies possibilities in Sweden also attract a number of Indian Students to the shores of Sweden.