10 Reasons to do Postgraduate Studies in Spain

Spain is known for its beautiful landscapes and stunning beaches. However, it also offers many other things than a holiday destination. Several highly-ranked universities in Spain offer various postgraduate courses to international students looking to study abroad. Let this article help you understand what's involved in postgraduate studies in Spain and why so many prospective students choose to study here. 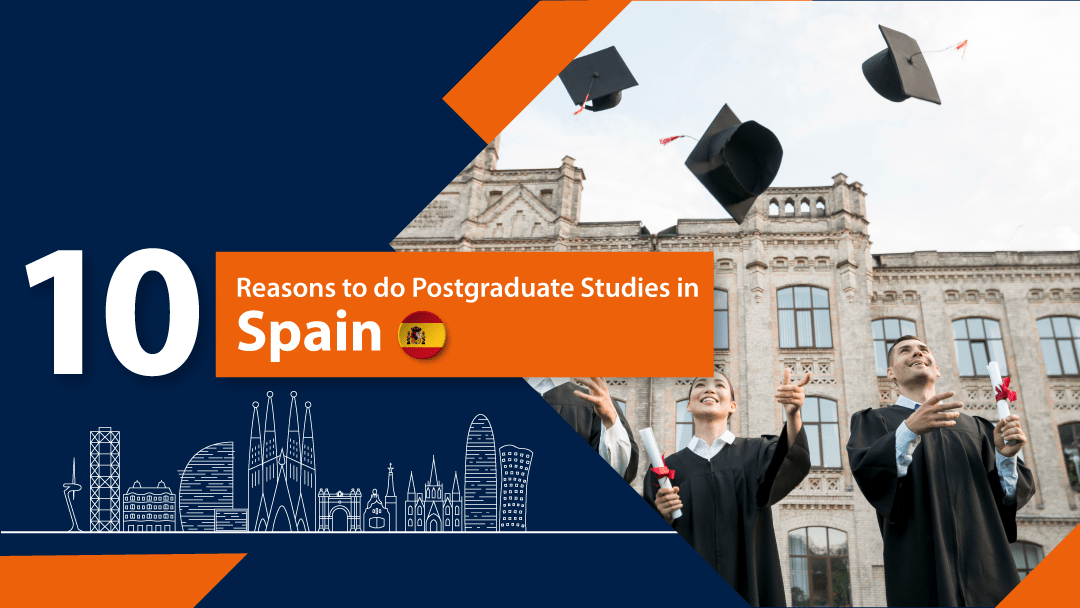 Universities in Spain are among the most prestigious because they integrate all elements of changing times and technological advancements into their culture. Spanish universities are well-known for their entrepreneurial spirit in their teaching methods and their disinterest in traditional methods. As a result, when you graduate from university, you will be ready to pursue your career goals in real life. QS ranks 31 Spanish universities among the top universities in the world.

In Spain, international students are guaranteed a high-quality education. Spain's university studies date back to the 13th century, making them the first university institution. Spain follows the EHEA curriculum (The European Higher Education Area). Students can be confident that the country's educational institutions are meeting expectations.

Spain provides an excellent opportunity to learn whatever your major is and whatever college you attend. The educational system is well-established and properly implemented to provide students of all levels with the best learning opportunities possible.

Even today, the Spanish Golden Age remains can be found throughout the country. Spain has been the center of European historical events, as evidenced by the monumental sites. Apart from the landscapes, the history of Spain adds to its appeal. There are also several museums in Spain that you can visit while studying there. International students can study architecture in cities such as Barcelona and Mallorca. There are numerous cathedrals and fortresses to visit for architecture students or anyone interested in architecture.

Cities such as Madrid, Barcelona, Valencia, and Seville are among the most vibrant in the country. They are known as Spain's "Big Four."

Eight of Spain's top universities are located in Madrid and Barcelona. In the south of Spain, the University of Granada in Granada is ranked among the top 500 universities. Apart from academics, they are some of the most happening places in the country, with unmissable nightlife in cities like Madrid.

Spain has something for everyone, whether the running bulls in Pamplona or the La Tomatina. Studying in Spain provides an exciting insight into some of Spain's most intriguing festivals. For the more conservative, head to the festival honoring the patron saint of carpenters, where cartoonish figures are built, and enjoy their festival in all its splendor. Each of these festivals is well-known throughout the world. You could gather your friends and attend these festivals because they are recognized as holidays in many cities. Relax, unwind, and immerse yourself in the culture of the Spaniards.

Living costs and university fees are relatively low compared to other European countries. Spain has a lower cost of living than other popular European destinations. Tuition fees for English-taught courses are also lower than in English-speaking countries. The average University Fees in Spain vary by course and university. The semester fees range from 1000 to 2500 euros. Keep in mind, however, that the fees for Healthcare and Management courses will be higher than those for the other courses. Read more: Cost of Living and Studying in Spain for International Students

Studying in Spain brings you closer to Spanish culture. You could wear traditional attire, go to native gatherings, or go to salsa dance breakouts for special events. You will truly understand what it means to be a Spaniard if you have native friends.

Cities such as Madrid and Barcelona have an architecture that bears influences ranging from the Conquistadors to the Romans, ranking among the best in Europe. If it's their food and wine you're after, the Spaniards' winemaking is no secret. As it stands, you can have a lot of fun.

Spanish is the world's second most spoken language. It is also one of the world's most influential languages. Spain is the best place to learn Spanish because it allows you to interact with locals and immerse yourself in Spanish culture. Furthermore, the language will make you employable in Spanish and in several other countries where Spanish is widely spoken, specifically in 30 countries other than Spain. Most native speakers live in Spain and the Americas (North and South).

When you think of the European climate, damp and cloudy weather comes to mind. However, being one of the continent's southernmost countries helps. Spain's weather is sunny and pleasant. Spain has nearly 300 days of sunshine per year, and the country's climate is rated as one of the best on the planet by the World Health Organization. It is one of the most climatically diverse countries in Europe, and one of the top ten in the world, with 13 Koppen Climates

Spain is well-known for its numerous beaches lined with exotic trees straight out of a postcard. Summer temperatures are always moderate, and the seasons are always appropriate. So when the sun glints off the blue waters, you know you've found one of the best places to unwind. Spain has entire mountain ranges ideal for various extreme sports and outdoor activities if you like mountains. These mountains provide one of the best outdoor team-building activities due to the student groups that form and the accessibility of these mountains.

There are many reasons why you should study at a Spanish university, but we have narrowed down the most important for you in this blog post. We hope it will help you make the decision to study international postgraduate degrees in Spain and take the next step in your academic career!

You should also go through the following articles

Most Employable Courses in Spain for International Students
Study in Spain without IELTS
How to Apply to University in Spain? 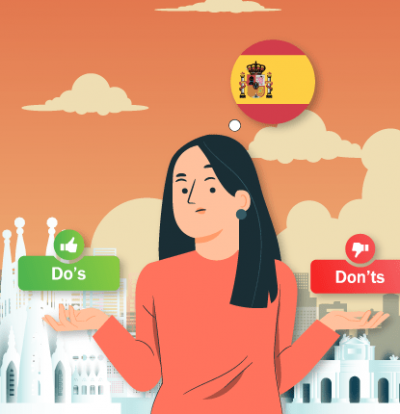 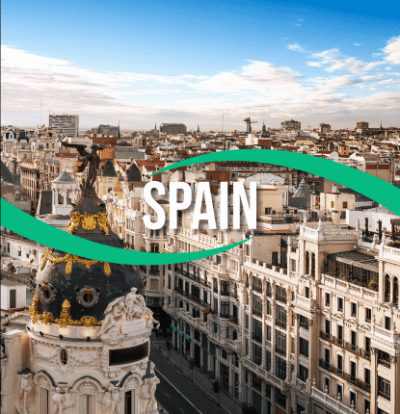 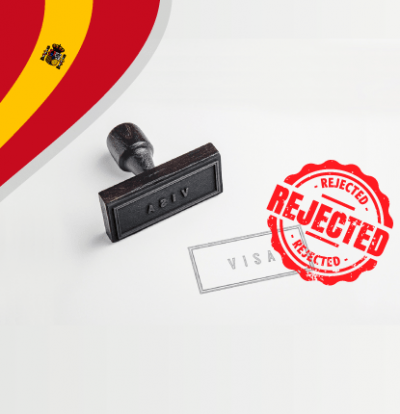