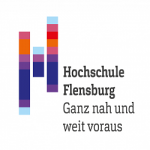 Have you dreamed of making amazing movies? Do you think that the glamorous lifestyle of film and TV is perfect for you? Then your best bet is to study Media Films in Germany.

The Media Films course in Germany ranks among the best courses worldwide. Graduates from these courses routinely create a variety of works, ranging from TV shows to movies to photographs. These works are often regarded as top of the line.

To join the ranks of these esteemed artists, getting a solid education in Media Films is necessary. These Media Films colleges provide an excellent platform for budding artists to refine their talents and sharpen their skills. The Media Films courses give a balanced mixture of practical training and theoretical education. Students can attend a wide variety of courses like Practical Film-making, writing for Film and TV, Film Media etc.

Thanks to Germany attempting to increase the number of people who graduate, the German government has heavily reduced the cost of attending courses in German universities. Most students have to pay a nominal fee for tuition, and pay for lodging and boarding. This ensures that the courses are quite affordable, even for international students. Plus, there are special courses for international students that are taught in English. This way, all students are placed on an equal footing.

Media Films courses have a variety of specialisations. Since one course cannot teach everything from all fields, it is necessary for the student to choose which courses they wish to take. After graduating, a variety of Master’s degrees are also available for the students who wish to polish their skills further.

To that end, we have provided a list of colleges that provide Media Films degrees. This list also shows the entry requirements and the courses provided, so you can make the best pick.

Advertising and PR Universities in Germany