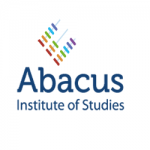 If we were to ask you about your dream study destinations, you would have certainly named European countries, Canada, and America. May be some of you would have named even Australia, but we are sure that none of you would have even thought of New Zealand. This is why it is important that you read this article thoroughly, because then you will stop looking at the country as just another cricket-playing nation.

New Zealand is much more than that. In fact, internationally, New Zealand has earned the reputation of having one of the most stable and respectable systems of education in the world. Its colleges and universities attract international students in large numbers, and why not, since they offer the widest range of courses, across disciplines, and at various levels (undergraduate to post-doctoral). However, among all the courses that the country offers, law in New Zealand attracts the maximum number of students from all corners of the world.

New Zealand is home to some of the best law colleges in the world. The law courses offered by its law colleges are respected throughout the world. They will prepare you for an exciting international career, surely. The courses are designed in such a way that in this competitive world, you will begin your professional journey with a distinct advantage over your competitors; and that is quite an advantage, is it not?

The universities and colleges will combine theories with an aim to develop your legal skills. You will study the traditional areas of law, and will also be able to choose innovative courses where law intersects with sports, medicines, media, etc. As you must have realised by now, studying law in New Zealand for international students is a very exciting and rewarding academic option. What makes studying law in New Zealand worth considering is the fact that the law courses cost much lesser there, than in European countries, or in America; and they are conducted in English. So, make up your mind, and go for a law course in New Zealand! Should you need more information or assistance, we are always here to help!