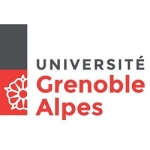 Arts Universities and Colleges in France

France has always been a heritage-country for its rich arts and culture. Even today, they have the reputation for having the best arts colleges in the world. France has been home to many world-famous artists, including Claude Monet, Paul Gauguin, and Vincent van Gogh. There are various arts courses for students to pursue in France, like fashion, photography, sculpture, painting etc. There are a lot of top level arts colleges in France such as Paris College of Art, API and ISA, which offer quality education in English and French. The French art schools offer courses in three specific fields, called “options”. These are: art, design and communication. Some of the schools offer more specialised courses such as food design, comic strips, sonic space, graphic design which are called “mentions” which are included to the name of the diploma. They offer trainings with highly skilled professionals, artists and creators in the field of visual arts and deliver undergraduate, graduate and postgraduate diplomas after 3, 5 or 7 years, in art, design and communication- the three “options”. The French art universities have sixty-two percent of international students where twenty-nine percent are from Germany, Spain, Italy and Britain, proving that pursuing arts in France for international students is a very popular option. The admission process consists of three phases in general- a practical test, a written general knowledge test, and the presentation of a portfolio of original artistic work, which is followed by an interview with a panel made up of teaching staff from the schools. For the bachelor programmes in arts courses, the average tuition costs are around 190 EUR per year. It takes four years on an average to complete a course in arts in France. In the fourth year of the course, students are eligible for internships. So if an international student wants to make a name for himself or herself, France is the country to study arts in.

Art and Humanities Colleges in France

Geography and Geology Colleges in France

Arts and Humanities Colleges in France