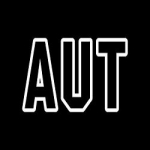 We are sure that you will not disagree with us if we say that most of you, and your friends think of going to the United States, Canada, or Europe when you plan to study abroad. This is so because these study destinations are quite hyped, and they certainly have some of the best educational institutions in the world. However, there is more to a country in the southern hemisphere than its Kiwis, Rugby and Cricket. We are talking about New Zealand, known for its sports teams and excellent education.

The Victoria University of Wellington offers several courses in the number of campuses spread across the country. There is a large range of courses for international students, in departments like Architecture and Design, Business, Education, Engineering, Research, Social Sciences and Humanities, Law, and Science.

Requirements to study at Universities in New Zealand

While submitting your filled application, New Zealand universities also ask for some of the supporting documents. These vary between study programs and levels. However, the following common documents are needed to be submitted:

New Zealand offers a wide range of specializations in the MBA degree. there are no fewer opportunities and sustainable career prospects for an MBA candidate in new Zealand. Most of the students who are looking to become managers prefer to pursue their MBA degrees from New Zealand. Here is the list of best universities in New Zealand to pursue Masters in Business Administration degree: