The continent that is influential to both historical and modern world, has some of the best education in the world to offer. Masters in Europe is one of the most sought after programs, for the quality of the education and the opportunities the continent has to offer. Here is all the information you will need, if you are looking forward to Masters in Europe for higher studies: 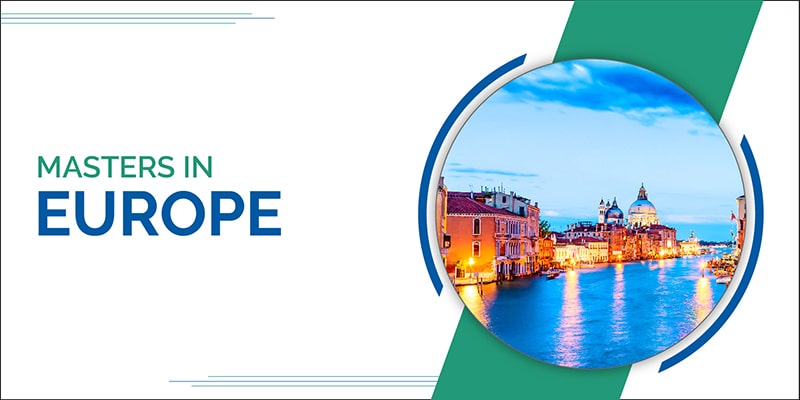 Apart from UK, not all the European countries have English as their first language. However, the many of them have been introducing and increasing the English taught courses to attract more and more international students. The Universities are full of international students, and with the right proficiency in English, many of the countries will be a place to be. In countries like Netherlands and France, the locals are also very familiar with the language and the day to day conversations are no problem at all.

Here are some of the European countries with highest percentage of English speaking population:

One Year Masters Programs in Europe:

Who haven’t heard of the ever prestigious Oxford and Cambridge, or the Bologna University, which is the oldest university in Europe. Here is the list of top universities in Europe, as per the QS University rankings. The list is dominated by UK and Switzerland here:

Scholarships are a great way to fund the education in Europe. There are number of scholarships in Europe, both by the Universities, and the government. Here are the scholarships to study in Europe for top countries:

Study Masters in Europe for Free

In countries like Germany, Norway, and Finland have the tuition free public universities. While in Germany and Norway, even the international students can enroll without the tuition fees. At the other destination, there are tuition fees for the international students. To study in Europe for Free at these countries, the right way is to apply from a large number of fully paid scholarships, which are available for many countries. Here are the countries where you can study in Europe for Free with help of fully funded scholarships and Grants:

The Erasmus Mundus Scholarships are for the students from EU and non-EU countries, who are enrolling to study in Europe. The scholarships under Erasmus Mundus are funded by the European Union and Covers more than 116 Masters in Europe programs for local and international students. One should always check the official website of Erasmus Mundus for the application details, eligibility and deadlines.

Apart from the mentioned, there are many countries where the opportunities are endless. However, the work allowed to the students while studying is only for the part time. During the breaks, students are allowed to work full time.

Top Courses to Study in Europe

Medicine and HealthCare in Europe