London is home to 17 of best Universities in UK, world’s second highest number of top ranked universities in one city. London is not only ranked first in the UK, but it is the best student city in the world. The ICL is the highest ranked among the all, ranked at number eight. A true student city in all the aspects, London is something every international student should experience to understand.

For either its rich history in manufacturing or the football team, everybody has heard of Manchester. The multicultural city is known for its academics, too. Three universities of Manchester makes it to the list. Moreover, Not only campuses, but the off campus life is something to look forward to in Manchester. That is one of the reasons behind Manchester maintaining its place in top 30s.

The port city of Scotland, it has a rich history of shipbuilding and international trading. Coming to the cultural aspect, it is home to Scottish Ballet, Opera and National Theatre of Scotland. In short, Glasgow is anything but a dull place for the international students. University of Glasgow holds 69th place in the world as one of the top universities.

Coventry is home to University of Warwick. The university is never ranked out of top five in UK for its academic excellence and research output. Coventry University is one of the few handful Universities in UK to offer a degree in Automotive Design in its Coventry School of Art and Design. As for the city itself, it was awarded UK City of Culture 2021!

The home of English Sport 2015, Queen of Midlands, Nottingham is a place with many deserving adjectives. Nottingham is known for music and entertainment scenes, theatres and galleries, and large shopping malls. The city offers a brilliant nightlife, too. Coming to academics, University of Nottingham is known for its international approach for higher studies, with campuses in Malaysia and China.

The second largest city of England, and a thriving commercial and financial hub, Birmingham is known for the opportunities it present to the international students. The library of Birmingham and Birmingham Royal Ballet represent the other side of the city, and it is equally rich. The top ranked University in Birmingham is University of Birmingham, ranked at 79th in the world.

The City of Granite is ranked 8th in the UK and 55th in the world. It is the third largest city in the Scotland, behind Glasgow and Edinburgh. It is frequently ranked as one of the most liveable cities in the world. It is known for textile, fishing and shipbuilding, and has been called ‘start-up friendly city’ by many.

Home to 3 of the Top Universities in the world, Newcastle holds an important part in the history of England. From Roman period to industrial revolution, Newcastle has been a happening place. Durham University is a half hour drive away from the Newcastle, and it is ranked 74th in the world rankings. Newcastle also has a higher number of international students compared to other cities.

According to Business Insider UK, here is the list of top 10 cheapest student cities where international students can make the most out of their experience to study in UK without burning a hole in their pocket. Here is the list:

Known for its high quality education and lifestyle, UK is the place to be for international students. Education in UK will always be rewarding wherever you go with your further studies. Hope this list of best cities and universities helps you in choosing the best.

Best Cities to Live in UK:

Now that we know what are the best cities in UK in terms of Education and Affordability, here is a look at the best overall cities of the United Kingdom to live and work. Here are the 10 Best Cities to live in UK:

Scholarships in UK for International Students 2020 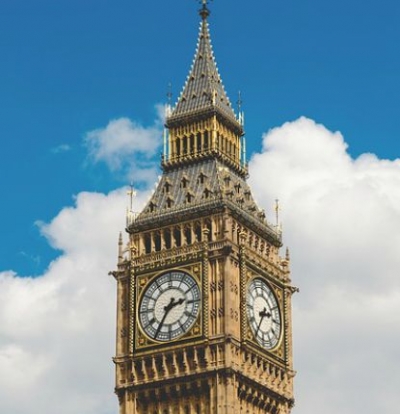