Best Business Schools in the World

Stanford Graduate School of Business at Stanford University is ranked as the best business school in the world by Financial Times’ business school rankings. The B-School has some of the highest salary hikes after graduation and employment opportunities. In one way or another, 80% to 94% of the students graduate from the GSB Stanford are offered jobs in the first three months of their graduation. The average salary hike a graduate will experience after an MBA from Stanford is close to 129%. The average GMAT Exam score for the requirement is 732, tied highest for the USA.

Another big name which needs no introduction is Harvard Business School. One of the many jewels in the crown of the United States’ ever prestigious education system, Harvard is what everyone dreams of when looking for business and management studies. Close to 91% of graduates get offers from the industry within the first three months of graduation. The salary hike among the employed candidates is close to 112% of what they would be earning before Harvard.

A short for “Institut Européen d'Administration des Affaires” which translates to European Institute of Business Administration. INSEAD’s MBA has been ranked as the best in the world for many years now. The school has its campuses in France (Fontainebleau), Singapore and Abu Dhabi (UAE). More than 80% of the students who graduate from INSEAD are offered jobs in the first three months. The employed candidates enjoy 104% hike in their existing salaries on average after attending INSEAD.

By Far the most appearing business school among the various ranking lists, University of Pennsylvania Wharton Business School is another school from the United States known for its business and Management programs. It is ranked No.1 by Forbes MBA Rankings for the world rankings and 1st in the USA by US News and World Report. The base salary offered to Wharton’s graduates is also the highest in the US. The salary hike experienced by the employed candidates is around 114% of the previous salary.

CEIBS, or the China Europe International Business School stated making to the lists of top business schools of the world since 2009. The university was established back in 1994. CEIBS is located in Shanghai, as an agreement between the Chinese government and the European Commission. In 2018, CEIBS had 22000 alumni across the globe. Though located in China, CEIBS follows the business school model in Europe. The campuses of CEIBS are in Beijing and Shenzhen (China), Zurich (Switzerland), Accra (Ghana). The salary increase rate is around 94%, and the employment received by the students comes just as close to that number.

The London Business School of the University of London has long been considered as the best business schools in Europe. LBS, as it is called by many, was ranked as 1st business school in Europe for 2014 to 2018. The QS University still ranks LBS on 3rd for its ranking of the business school in 2019. The increase in salaries after attending LBS for a candidate would be around 102%. 95% of the graduates received an employment offer within three months of graduation for 2018. GMAT requirements for 2018-19 were around the score of 707.

The second oldest business university in the USA, Booth business school in the University of Chicago was the first to introduce Executive MBA, one of the most sought after business programs in the world. Additionally, the school has also produced the most number of Nobel laureates in Economic Science than any other school in the world. The salary hike for Booth is one of the most impressive ones in the list, at 126% for the students who graduate from the school. More than 95-96% of the candidates graduating from Booth received offers from employers within three months.

The business school from MIT, which is considered one of the best universities in the world. The MBA from MIT Sloan is ranked on number 5 by Business Insider, and 8 by Financial Times. The faculties and departments of Sloan are close to Department of Engineering, Department of Science, and Department of Economics at MIT. The school also has very close ties with the University of Harvard, another widely influential university not only in the USA, but also all around the world. The candidates graduating from Sloan experience an average hike of 107% on their existing salaries.

Established in 1916, Columbia Business School is in Columbia University in the City of New York, which is an Ivy League University and one of the most selective universities of the world. The University is ranked 9th for the Top MBA Colleges in world rankings by Financial Times, 18th by the QS World Ranking as a Business and Management school. The salary increase on average for a graduating candidate is around 114%. Within three months of graduation, 94% of the candidates receive the employment offer.

University of California at Berkeley: Haas

Haas is one of the 14 schools under the University of California at Berkeley. As per ranking entities like Bloomberg Businessweek, Economist and Financial Times, it has been constantly ranked among the top 10 business schools in the world. The hike in the salary after graduation is around 104% for the MBAs. Within three months of graduation, close to 94.4% of the candidates get an offer from employers. The university also offers exchange programs with HEC Paris, London Business School, IESE Business School, Hong Kong University of Science and Technology and Columbia University.

Best Business Schools in the US:

‘US News and World Reports’ is one of the ranking entities that rank US Business schools along with the likes of Forbes and Financial Times. Apart from the Universities mentioned above, there are some of the best Business Schools in the US:

Along with these universities and all the above mentioned, these are some of the best business schools in the world for undergraduate studies, too.

With stern visa rules and costly tuition, many of the candidates who are willing to study MBA in English choose Canada as their option. These are some of the best business schools in the world, which provide the international standards of education and that too at affordable prices compared to the USA:

Talking about the MBA, the most popular among international students, here are the top MBA programs in the world with average tuition fees for them:

These are just the tuition fees and not the total cost of MBA in these universities. The fees are subject to changes for every intake, and one should always be aware of the latest tuition fees and other costs that are attached to it.

Dhruv is fond of words and everything related to them. Writing about different things from around the world gives him immense pleasure, and a very healthy by-product is sharing of the information and helping others in the process. 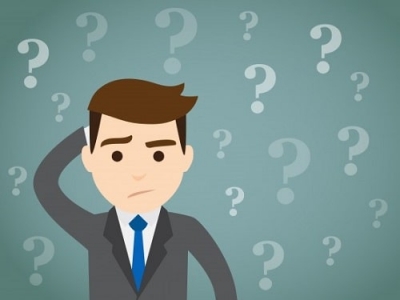 MBA Specializations and Types of MBA: What to C... 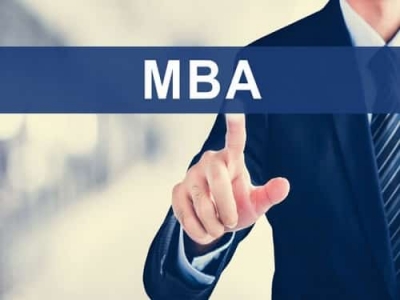 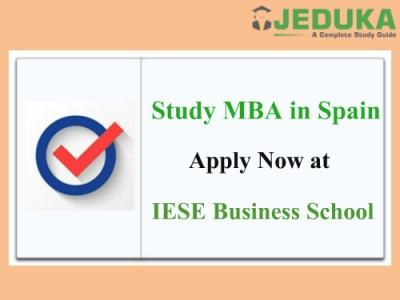