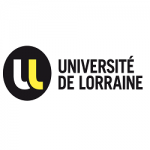 Among the world’s top hundred medical universities and colleges, France has some of the best. France is renowned for its excellent medical colleges where a lot of international students go and study. Hence, France has been a leader in medicine healthcare for quite a long period of time. Studying Medical in France for international students has always been a great choice for its outstanding quality and affordable cost. UPMC, France being one of the best medical colleges in the world, has a top-class infrastructure. Gaining a medical qualification from a French medical college guarantees one a widely respected qualification.

Medical studies in France are long and intense. It takes almost eight years to obtain a general degree for becoming a doctor, and eleven years to become a surgeon. Doctors have to be registered with the French Medical Council known as Ordre National des Médecins (CNOM).  Medical studies in France are divided into three cycles (PCEM, DCEM and general medicine residency or other specialties) leading to a State Doctor of Medicine Diploma. The PCEM cycle lasts for 2 years.  Besides medical doctorates from 2009, the French education system has also brought nurse education closer to the higher education environment. The maximum number of students accepted in the medical schools in France from abroad is eight percent of the total admissions, with the condition that the rank of the last foreign student is equal to or higher than that of the last French student admitted.

A person will be in demand across the world if he or she has a medical degree from a French medical university. France is home to some of the great Nobel Prize winners who have contributed a lot in medical field. From the discovery of the genetic cause of Down syndrome to Hepatitis B vaccine, pass outs from French Medical universities have excelled everywhere.

During the first year of studies, international students only need to show their visa as a proof of their residency status; however, the visa needs to be verified within thirty days. From the second year of studies onwards, a foreign student must apply for a residency permit called Carte de Séjour.

Master of Surgery(MS) Universities in France