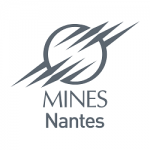 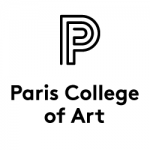 In the last couple of decades, France has increasingly become home to more and more international students who want to study Media Films courses. The historical, philosophical, and all other aspects of movies are revealed by film, photography and media courses. These courses also teach the art of taking and editing photographs- both digital and classic. Studying Media Films in France ensures that a student s gain technical knowledge on how photos and films are created. And the added advantage in studying Media Films colleges in France is that the country has some of the best Media Films colleges in the world. Universities offer postgraduate degrees in Media Films courses. These degrees are only awarded to students who possess a high level of expertise in their subjects. Media programmes commonly teach how the media is produced, as well as analysed. The field of media studies is so vast that it can include in it a wide range of studies, from broadcasting and advertising to social media and technology. Studying Media Films in France for international students is a very lucrative academic option, because the country offers a very high standard of education to all its students. The culture of France is also very accepting and dynamic, attracting a lot of students every year from various corners of the world. Colleges in France offering media film studies offer degree courses in various fields like Multimedia and Interactive Design, Film and Television, Motion Media Design, Digital Media Technology, etc. The most advantageous aspect for international students going to France to study now is the fact that the classes are conducted in English, and not in French. Also, compared to the cost of living in other countries, or the cost of studying Media Films courses, France offers less costly options. So for students who want to study Medi Films courses, France is the country to go to.

List of Media Films Universities in France by Specialization:-

Advertising and PR Universities in France